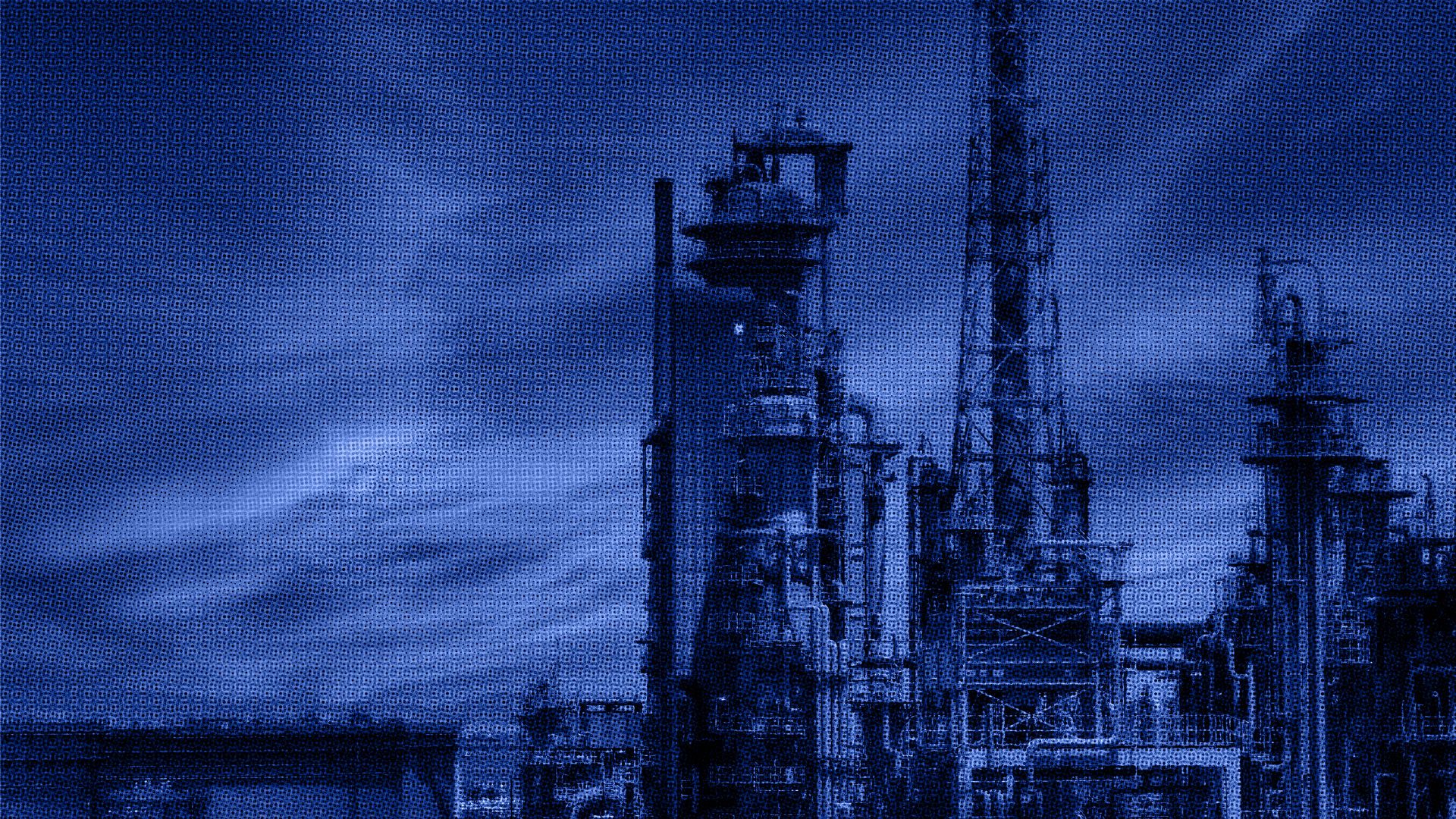 How To Build an Effective B2B Marketing Plan

How to build SMART B2B objectives that are aligned with commercial benchmarks and company sales and profitability objectives?

So many marketers, particularly in the B2B space, simply don’t get a say in their marketing budget. They’ll typically just wait to hear how much marketing budget they’ve got and then try to use it in the best way possible. I’ve lost count of the number of times over the years that Non-Marketing Executives (including CEOs) at SME manufacturing, science-based and industrial client companies have asked me outright at the start of a planning process what the company should be spending on marketing, before an audit has even taken place or a single piece of data has been analysed. If you find yourself in that conversation internally, don’t commit to an answer before seeing through the strategic planning process. This will avoid setting unrealistic expectations or creating an unhelpful artificial target.

While with Michelin tyres in my first role back in the early 2000s the budgets involved were actually relatively modest for such an industrial powerhouse brand. That’s due to the intricacies of a brand which crosses both the B2C and B2B spectrums

The company was divided into nine core product lines – I headed up the marketing for the highest technology (and yet smallest in terms of sale turnover) of those divisions, the entirely B2Bfocused Aircraft tyre business unit. This particular product line was at the cutting edge of tyre research, development and innovation with an even higher R&D spend than for Formula 1 motorsport racing tyres.

The company had also made a conscious decision to position itself at the premium/top end of the price scale. It’s a little known fact outside the aerospace sector that aircraft tyres are retreaded – the sales/pricing model is essentially to lease “pools” of tyres geared around an estimated numbers of landings per tread and an estimated number of times that the carcass can be retreaded. There was a marketing team of two people and the budget in place for this division was around £200,000 of which 60% was quickly soaked up by exhibition space and fulfilment.

While at Knauf Insulation in my final client-side role, we had a marketing team of 12 and an annual budget of well over seven figures. This in spite of the fact that the entire, wider Knauf Group of companies has a sales turnover of less than 10% of that of Michelin. Marketing budgets are very much relative and dependent on the specific sales and profitability challenges of the particular target market combined with cyclical and macro environmental forces on that same market.

Fast forward 15 years to one of my SME clients in the Science sector – trade publication print ad space represented more than 40% of their entire global budget and yet this was fundamentally an area on which no statistics were available except circulation stats. One of the key areas we looked at during the planning process was the identification of a more efficient and traceable way of spending that money on alternative digital channels.

There’s a reason that this step comes after having defined Media, MarTech Stack and Objectives. Budget can only be defined according to the specifics of what you’re trying to achieve and the component parts of how you are trying to achieve those goals. Remember also that any B2B organisation already has the innate capabilities to track its own leads back to source. This can either be done using MarTech tools or in a more manual way by involving your Sales team, but either way, it’s vital to get a feel for what has worked historically.

Cost per lead (CPL) has historically been one way of approaching the budgetary question. Although this can be helpful in providing a rough benchmark assigning an average cost per channel, it can also be a highly inaccurate method, as it fails to take into account the specifics of the overall approach. For example, content marketing can tend to be seen as a high cost approach, but the main investment for things like white papers and case studies is actually time and technical input. Social, by contrast, can be seen as a low cost approach but, in B2B in particular, it will typically need to be backed up by paid social advertising to target the message in a more intricate manner further and wider to new prospects.

Percentage of revenue or profits has been another traditional yardstick-type approach towards B2B marketing budgeting. However, the averages vary wildly by sub-sector and take no account of marketing landscape or macro environmental factors. In reality though the answer to this one will often revolve more around a number of pragmatic factors including target audience, product margins and optimal types of channel.

From my experience working with more than 200 SME B2B companies in a vast array of industrial markets ranging from Aerospace and Medical Products right through to Science, General Manufacturing and Heavy Engineering, in the SME arena typical budgets can generally be segmented into five broad categories which are characterised as follows:

A higher budget bracket doesn’t automatically equate to more channels – often it’s the intricacy, depth of research or visualisation of technical content that will validate a higher level of expenditure. Ultimately the target is engagement and this can sometimes be achieved just as effectively through one or two channels as it can through three or four. In the vast majority of cases though, the best way of optimising B2B marketing budgets as an SME is to implement a multichannel ap-proach that squeezes value out of every last marketing penny.

The marketing rule of 7 is a marketing maxim developed by the movie industry in the 1930s that still holds true today. Studio bosses discovered that a certain amount of advertising and promotion was required to compel someone to see one of their movies.21 The rule of 7 suggests that it takes an average of seven interactions with your brand before a purchase will take place. With that in mind you need to ensure that you have a mix of channels which can adequately expose your campaign to the target audience.

A one page action plan framework example shows how this can be quickly and effectively visualised in terms cross referencing cost, channel and timescales in one core chart.

Typically, in the modern B2B era it’s not uncommon to see forward thinking companies even at levels 1 and 2 using at least five – ten different individual channels and ensuring that traceable digital channels (remember there are many different channel types within this category alone) represent at least 75% of the overall spend. Ensuring seven in-teractions and a steady flow of drip feed, thought leadership content across multiple quarters lends itself to a minimum 12-month timescale. Specific campaigns can have much tighter time frames (months rather than quarters or years) but a 1 – 3-year cycle is the optimal time frame for implementation of the typical B2B SME marketing strategy.

Back in 2017, I was approached by a manufacturer of heavy engineering equipment for civil engineering and industry. The company had developed a pioneering piece of technology with a unit value of more than million pounds and a highly complex sales cycle of more than two years. Their targets? The ultimate needle in the haystack – Welding Engineers, Purchasing Directors and Technical Managers at a range of Pressure Vessel manufacturers, Nuclear and Civil Engineering organisations spread right across the globe.

Having worked through the strategic framework process, we established that there would need to be a twin speed approach with an intensive six-month multi-channel maketing campaign backed up by a wider drip-feed marketing effort. The campaign delivered 60 leads over the sixmonth period in early 2018, which was a huge success for such a high value and complex piece of equipment. Almost as importantly it generated double that amount of leads for the company’s other existing product lines through raised awareness of CVE’s technical proficiency

Another of my clients was a mid-range player in the global market for clean air solutions for operating theatres, aseptic suites and containment laboratories in the healthcare, research and manufacturing sectors. They approached me in 2013 about undertaking a complete audit and evaluation of their marketing function. The company’s sales had stagnated in recent years – they turned over £8 million per year and yet had never spent more than £25,000 per year on marketing and had a marketing department of zero. After working through the strategic framework with them, we came to a few key conclusions on budget and timescales – an extended view of two to three years was required to meet their objectives; initial budget would need to be increased to £47,000 in year one, as there was an inadequate library of content; a wider range of channels would be needed to influence the several different job titles/functions that had a say in the specification process.

Ready to get your business moving?

Get in touch for a fresh perspective on how B2B marketing focus can help move your business forward.

We use cookies on our website to give you the most relevant experience by remembering your preferences and repeat visits. By clicking “Accept All”, you consent to the use of ALL the cookies. However, you may visit "Cookie Settings" to provide a controlled consent.
Cookie SettingsAccept All
Manage consent

This website uses cookies to improve your experience while you navigate through the website. Out of these, the cookies that are categorized as necessary are stored on your browser as they are essential for the working of basic functionalities of the website. We also use third-party cookies that help us analyze and understand how you use this website. These cookies will be stored in your browser only with your consent. You also have the option to opt-out of these cookies. But opting out of some of these cookies may affect your browsing experience.
Necessary Always Enabled

Performance cookies are used to understand and analyze the key performance indexes of the website which helps in delivering a better user experience for the visitors.

Analytical cookies are used to understand how visitors interact with the website. These cookies help provide information on metrics the number of visitors, bounce rate, traffic source, etc.

Advertisement cookies are used to provide visitors with relevant ads and marketing campaigns. These cookies track visitors across websites and collect information to provide customized ads.

Other uncategorized cookies are those that are being analyzed and have not been classified into a category as yet.

SAVE & ACCEPT
Powered by